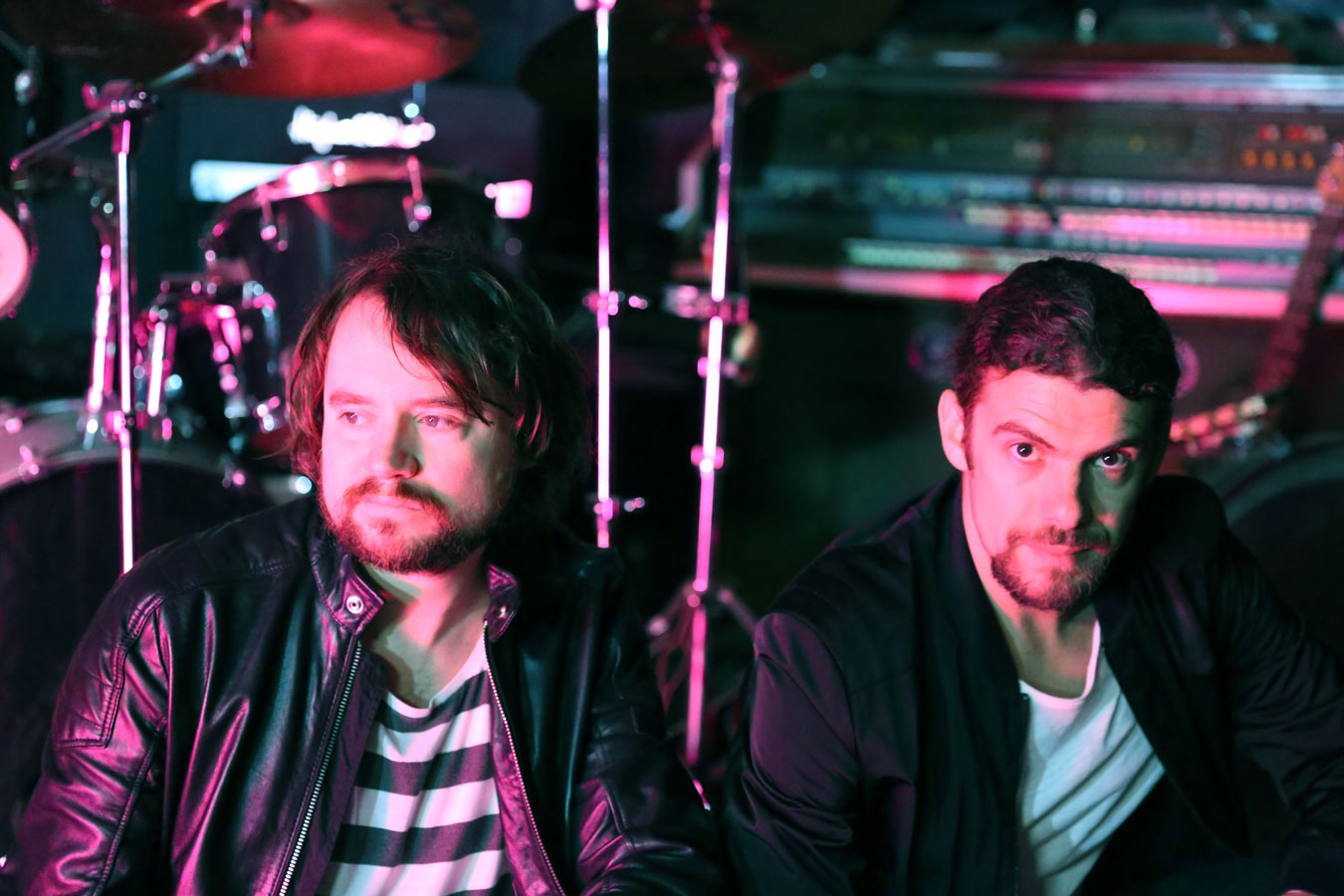 School buses aren’t the usual catalysts for great musical achievements, but this was where Arndt Roerig and Marko Vidovic – now known around the globe as Tube & Berger – first started their musical journey. Now 15 or so years later they are two of the most seasoned house producers and in-demand remixers around, with an acclaimed studio album, releases on an array of prestigious labels, gigs at the world’s finest venues and over 25 million YouTube plays to their name. One of the biggest selling acts on Beatport in 2013 and 2014, Tube & Berger is already one of the hottest duos in the world; but this is only the beginning.

Never ones to follow in others footsteps, the duo inject spontaneity into their lives wherever they can; travelling to unusual destinations on a whim and deeply contemplating the end of the world are just two of the ways Tube & Berger gain creative inspiration.

From early experiments in the world of punk, the German duo’s first breakthrough came with their 2004 hit ‘Straight Ahead’, which featured the vocals of Chrissie Hynde and shot straight to the top of the Billboard Dance Radio Chart. Since this early success their output has evolved significantly, incorporating real-life recordings, samples and an intricate, emotion-laden production style to create records that are organic and evocative, without losing focus on packing that dancefloor punch essential for the modern-day DJ.

“We always say that it’s always important to change and we like to be dynamic” says Roerig of their current aesthetic. “When the deep house boom came around we were both pretty tired of the minimal, cold and non-melodic sounds that were around. Suddenly more vocal bits and more melodic parts came up and we felt like that was much more our thing.” If the “deep house boom” was the catalyst for the change in style, then Tube & Berger in turn have undoubtedly become one of the most celebrated proponents for it, crafting several of the scenes defining records in the last couple of years.

More notable perhaps is ‘Imprint of Pleasure’, a heart-wrenchingly poignant dancefloor anthem released on Suara that was named as Beatport’s 9th Top Selling Track of All Time, racked up a hefty 26 million + views on YouTube  and over 10 million streams on Spotify and has provided the soundtrack for festivals and dancefloors for over three years. It is one of 4 Beatport Top 100 #1 tracks the guys have had making them alongside the likes of Dusky and Hot Since 82 one of the most successful of all deep and tech house artists.

Another was Tube & Berger’s first release in 2014 which proved to be an astonishing success. Produced alongside long-term friend and label partner Juliet Sikora, ‘Set It Off’ was made an ‘Essential New Tune’ by Pete Tong before going on to reach the dizzy heights of #1 on Beatport and has now amassed 9 million You Tube plays and 7 million streams on Spotify since release. The track was eventually signed to Pete Tong’s FFRR with a full commercial releases in the UK, Germany, France and US and achieved Top 15 chart status in The Netherlands via Armada.

The guys continued their success with Armada with the release of debut compilation album’ Deeper Sessions’ named after their DJ Mix & Podcast series.

Perhaps one of the greatest strings to the Tube & Berger bow has been the success of their own label Kittball Records. As well as releasing their own music, Kittball has helped nurture the careers of close cohorts Juliet Sikora, P.A.C.O and Paji.

It was on Kittball that Tube & Berger released their debut studio album ‘Introlution’ back in 2012 and last year Kittball celebrated 10 years in the industry with a European tour.

2015 and 2016 have seen the guys make a triumphant first return to Suara for ‘Disarray Featuring JUDGE ‘which reached #2 on Beatport and is heading to over 1 million streams on Spotify and turn in some celebrated remixes for the likes of Claptone, Weiss, Bookashade and Sony’s international superstar Tom Odell.

Indeed 2016 will be a pivotal year for the recordings side of Tube & Berger.

It has seen them launch the campaign for their second Album, which will be released by super cool indie electronic label Embassy of Music ( home to Royksopp, Bookashade, Robyn etc ), with the release of ‘Set Free Featuring Ghost Loft’.

The Album is being finished over the summer and is scheduled for release in the Spring of 2017 . Sonically it will pick up where ‘Introlution’ left off with a combination of their big club records to date, and much more electronica and indie rock flecked vocal tracks featuring some very cool names from Ghost Loft, Kingdom and Richard Judge amongst others.

Last year the guys proved they are Ibiza heavyweights with frequent shows at ANTS in Ushuaia, a 6 date residency at Sankeys, and appearances at DITH Amnesia and Blue Marlin. This year sees more of the same.

Over the last 2 summers there have been sets at  most European major festivals such as We R Festival, SW4, Lakedance, Juicy Beats, Ultra Europe, Tomorrowland, All Gone Pete Tong ADE and Miami WMC, Dance Valley, Convergence, Escapade and Symbiosis amongst others. Over 18 global festivals are booked for this summer 2016.

Even more excitingly the guys have their (re) evolution back into a live band which is how they first started out together not so long after the famous school bus incident!

Combining electronica with guitars, strings and vocalists the Tube & Berger live project will be making appearances at venues and festivals across Europe ahead of and in support of the new Album.

“We are really hoping that with this body of work we can start to make the transition to a live act” they add. “The album will definitely be full of us playing real instruments as we come from that indie rock background and we are determined to take it on the road.”

Their 4 date debut ‘Set Free’ live tour kicked off in late March and early April in Germany culminating with an appearance at the prestigious 4Music Festival in Zurich.